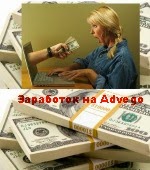 Watts was born in Shoreham-by-Sea, West Sussex, England, where she lived until the age of eight. Her parents, Peter and Myfanwy Watts had separated when she was four years old, and when she was seven her father died. Following her father's death, her mother relocated the family to the town of Llangefni (more specifically Llanfawr Farm, a district of Llangefni), in Northern Wales, where they lived with Naomi's grandparents, Hugh and Nikki Roberts, although her mother occasionally moved the family around Wales and England, usually to follow boyfriends, but she always ended up returning to Llangefni. She lived there until she was 14. Then, during a trip to Australia, her mother became convinced that there was "the land of opportunities" and moved the family to Sydney in 1982. Her grandmother, Nikki, was Australian, which made it easier to obtain the documentation necessary, since Naomi and her family were entitled to Australian citizenship.

Her father was a sound engineer with Pink Floyd and her mother is described by Watts as a hippie "with passive-aggressive tendencies" who used to threaten to send her and her brother to foster care in order to convince her grandparents to take care of the family, since her mother had no money after her father's passing.

In Sydney, she attended several acting schools (and in the very first lesson in the first school, she met Nicole Kidman, with whom she shared a taxi home from class). In 1986 she took a break from acting and went to Japan to work as a model, but the experience was fruitless, and Watts describes it as one of the worst periods of her life, which lasted for about four months. Upon returning to Australia, Watts went to work for a local department store and from there she went to work as assistant fashion editor with an Australian fashion magazine. She only returned to acting when a casual invitation from a colleague to participate in a small play rekindled her passion for the scenic arts and prompted her to quit her job and dedicate herself completely to making it as an actress.

She first appeared in television commercials and then the drama series Home and Away in 1988 in the role of Julie Gibson. Her first big break came with the 1995 movie Tank Girl with the part of Jet Girl.

In 2001,naomi watts appeared in David Lynch's Mulholland Dr., a performance which won high praise. The quality and size of Watts' roles improved after Mulholland Dr., and she starred in the highly successful US remake of The Ring, a Japanese horror movie. In 2004 she received an Academy Award nomination for Best Actress for her performance in the film 21 Grams. Why is She famous

After the critical acclaim she received by confusing everyone in Mulholland Drive, naomi watts starred in the box-office hit The Ring, a thriller that creeped out audiences nationwide. She followed that performance up with an Academy Award-nominated role in 21 Grams, and other starring roles in King Kong and Eastern Promises. She then appeared in the '08 flicks Funny Games and The International. " Whatever is said about roles drying up, I intend to keep working. Certainly now the roles couldn't be more interesting -- playing mothers, divorcees. I think it's going to be exciting to play a mother of teenagers. The longer your life, the deeper it gets., on aging in Hollywood."